About the project Sensor News

Circulating tumor DNA (ctDNA) is fragmented tumor-derived DNA released into the blood. As ctDNA reflects the entire tumor genome, it is a potential biomarker for liquid biopsy enabling the detection and monitoring of cancer from blood samples. The aim of this work is the development of an electrochemical POC testing system for detection of tumor-associated point mutations in circulating tumor DNA. 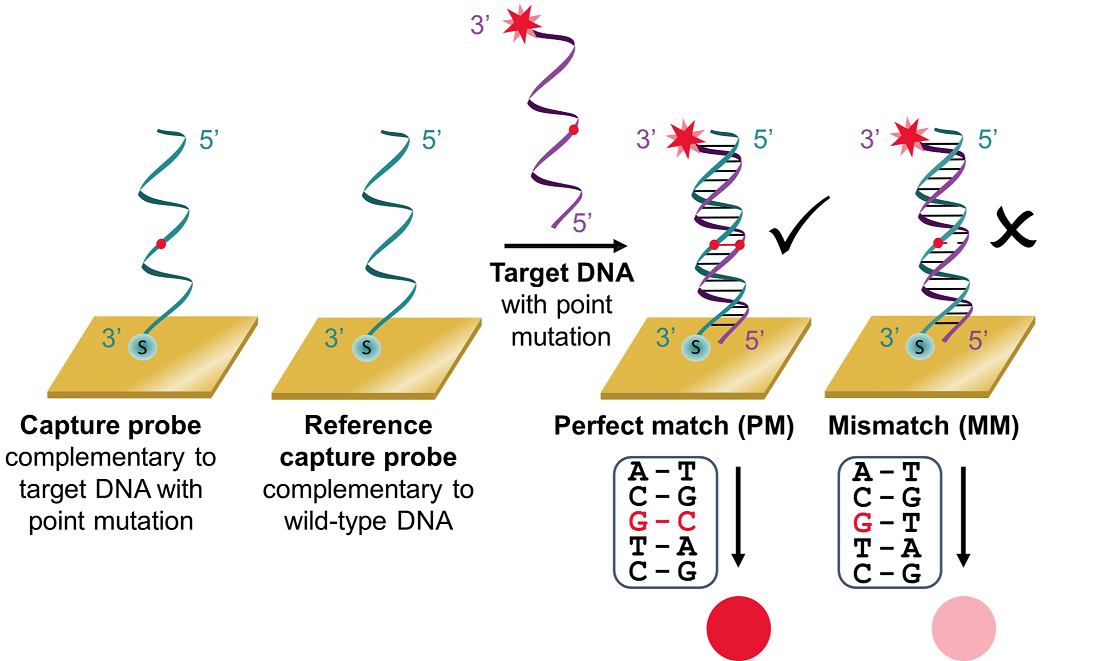 Design of an assay for detection of point mutations

With the designed microarray assay, highly stringent hybridization conditions could be defined that allow the successful detetection of three selected point mutations in the PIK3CA gene. Mutation detection is based on a significant reduction of the signal intensity of probe-target hybridization containing a mismatch compared to perfect match hybridizations.